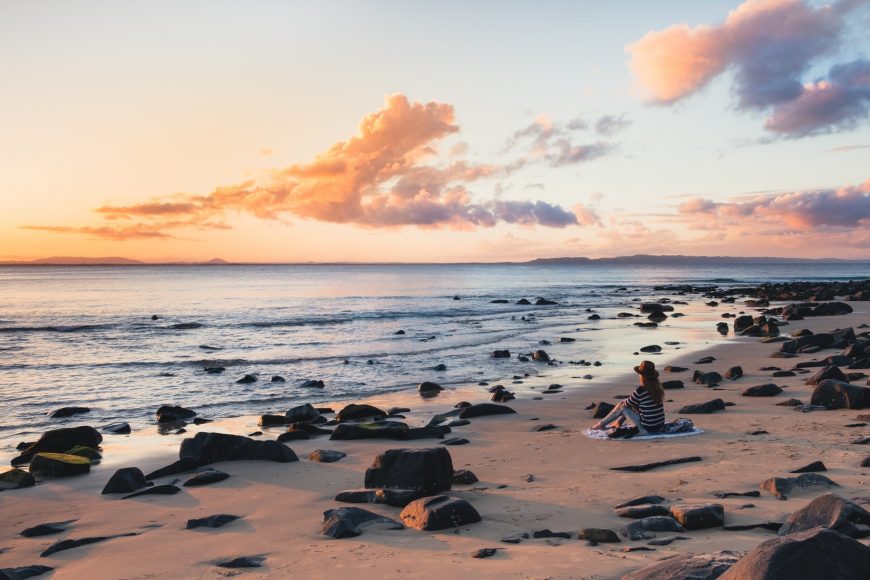 To Ivan, time stood still. A calm surged through his blood and bones, vanquishing physical pains, while his emotions remained. Unable to find comfort in his surroundings, Ivan floated in a seemingly limitless sea, the sky a dull gray and the clouds pacing their currents quicker than usual.

The longer he drifted, the more he was reminded of his transient existence, and even worse, his mistakes. Thoughts of Irene never abandoned his lamentations. He sulked of their five years of marriage—and how he failed her.

“Why!” His voice echoed for moments, leading him to ponder. Wondering of how he remained afloat induced angst, his ruminations bouncing around in his mind like erratic molecules. He missed Irene even more, sobbing and splashing the water around him as he attempted to turn from his back, his heart racing at groundless ideas of massive sea creatures sweeping up from beneath him.

Ivan stopped, glancing around as far as his neck allowed, confined to his back as if the sea continued to tug on his spine. “Who’s there?”

“A governor of worlds.”

“Yes. Ivan, do you plan to move on to the next world, or will you rest?”

His brows furrowed. “There’s no mistaking it. You are a god. You know my name.”

“Just ‘yes’?” Ivan sighed. “I’m sorry, but I don’t know what you’re talking about. If I were to rest, then it wouldn’t be here. Don’t you think I deserve my home and wife?”

The deity chuckled. It reverberated, seeming brash enough to cause the mountains of Ivan’s former planet to shiver. “Your wifeisn’t dead yet. Thus, I cannot give you her. And even if I wanted to, she has the same decision to make.”

The deity appeared far from solemn. “When will I be able to see her again?”

“In about ten to twenty years, depending on her answer.”

“What! She will only be in her forties or fifties!”

“Ivan, I’ll admit: I’m aware of when all life forces begin and end. You have died. Do you realize this?”

Ivan gazed into his wet palms. “I kind of figured so.”

“You may see Irene again, but please for your sake, think before you speak to me.”

A chill stroked Ivan’s spine. Questioning the deity’s legitimacy seemed inconsequential considering the god’s ability to speak from beyond the plane he felt restrained to. “Okay, what are my options again?”

“My days of absolute judgment are over. No more eternal damnation, but rather, infinite opportunity. I’ve learned that humans require lifetimes to learn from their mistakes.”

“So throw everything we’ve learned about certain religions out the window?” Ivan questioned.

“Religion is an evolving paradigm. Don’t toss away that knowledge. Add to it.”

“Okay, but what are you getting at?”

“Ivan, there are infinite worlds. You were born on World 3. Generally, once people pass on their birth world, I give them the choice of resting or moving onto the next. However, some folk are coerced into moving on to start anew and repent for their wrongdoings—”

“I think I’ve heard enough,” Ivan interrupted, clinching his fists. “What I desire is rest. I’ll wait for Irene and we will live in harmony. Together.”

“You aren’t the slightest curious?”

Ivan smiled, countless memories inundating his head the more he thought of his beloved. “We had promised to spend our lives together.”

“Very well. I’ve already tapped into your mind to gather your ideal paradise. First, merged paradises only exist via consent from each involved person. Do you consent to living in a joint-paradise with Irene?”

“Okay. If you seek another consultation with me, then ring the bell outside of your new home exactly three times.”

Ivan exhaled. As everything occurred, he tried contemplating what paradise the deity foresaw in his mind. He recollected his isolated life, no kids, parents deceased when he was the age of three—rarely any family outside of them—and only one spouse who had yet to pass. Asking the deity about other folk who may have requested him to join a merged paradise seemed futile.

“Do you have any questions?”

Snapping out of his trance, he searched the plain scenery for ideas. I have to ask the god something, right? “Um, maybe one.”

“Time, is it constant? I feel stuck in a vacuum here.” Ivan again examined his hands, the water of the sea flowing down his forearms at a speed in conjunction to the clouds.

The deity laughed. “Time? If you’re able to approximate in your head, about every day in paradise is maybe a year on your former world. I hope that helps.”

So, the most I should wait is a couple of weeks, a few max. “Thank you … I believe I’m ready now.”

A scintillating light flashed before Ivan, revealing the endless sea and solidifying a sense of hope in him. He had the deity to thank for keeping him afloat, and offering him an underserving chance at peace.

Weeks passed. Ivan awoke to sounds of soft rustling winds and chirping flocks of birds. He gazed out of a window to witness a realistic nature. As much as he tried to find a discrepancy in his paradise, everything felt identical to back home.

His feet touched the cold hardwood floor of his rustic cabin. He looked around and sighed, tapping his right foot before rising and busting through a door leading to an empty hallway. Nothing.

He searched more before wandering outside and staring down a short trail leading to the bell. Without deliberation, he caressed the bell’s shiny and sophisticated exterior, trying to ignore any desire to venerate its foreign texture and composition.

“It isn’t my responsibility to tell you anything, Ivan.”

“Did Irene not want a joint-paradise! Or did she move on! Tell me!”

Ivan huffed and slammed the bell, it ringing louder than the deity’s tongue. Soon regretting his actions, he thought back to the deity’s warning, fear cementing in him the longer silence bred.

“Now, what is your decision? Stay, or venture forth?”

Ivan couldn’t wrap his head around Irene’s choice. He found himself at a crossroads, realizing the risks of moving onto World 4. What if she is resting in an alternate paradise? What if she had already moved on to World 5 from World 4? What if I never find her? But, he knew of one thing: His cabin was no paradise without her. Hopefulness fell into the idea of searching for his love while accepting the chance of never seeing her again. Determined, he made a decision. “Send me to World 4. Please, I must go now.”

The deity conjured another ubiquitous light. Instead of a sea, Ivan beheld the worlds beyond his paradise: a neighborhood of utopias. In one of the adjacent paradises, he recognized an ostentatious penthouse, immediately eliciting memories of a notorious man from World 3. Dante, a former confidant, and Ivan’s worst of worries.

“Don’t tell me she’s over there,” Ivan said.

“Doubting your decision? May I ask why?”

“I know what kind of man Dante is. I know that is his paradise. I assume its no coincidence that we are placed alongside each other. My entire platoon…”

“Yes, perished together—a fatal ambush while dispatched—careless orders from your commander to infiltrate that city. My condolences, Ivan.”

“Have you spoken to him too?” Ivan probed, reluctant to recall anymore of his former demise, but even more shocked by the deity’s attempt at empathy.

“I speak to everyone.”

“Did he mention her?”

“You’re running out of time. Ivan, saying this is against my moral code, but I’m rooting for you. I shouldn’t be telling you this, but yes, he mentioned her. Finding Irene is a quest he chooses to embark on during his time on World 4.”

An overwhelming anger made Ivan immune to the blinding light of world transmission. He stared into it, seeing only the face of the man who once undermined his marriage, visualizing a thousand ways to execute him. Ivan never mentioned homicide, but it appeared the deity wanted him to win, and he believed that meant by all means possible.

A staunch man sat in a regal throne made of lavish, crimson velvet. He wore a harmonizing robe, gold streaks embroidered along its many seams, his blonde hair freshly tapered and cut militaristically, and his eyes an azure in color, similar to an illuminated ocean. He placed a cup of tea down on a round table stand aside his chair near a small, exquisite bell. Closing his eyes, he concentrated on a voice emanating in his head.

“Dante, saying this is against my moral code, but I’m rooting for you.”

Both paradises vanished. Two men were to start anew on World 4, blinded by ego and driven by a resolve to not only find Irene, but also each other.

Amidst it all, Irene had yet to make a decision. She found temporary peace on the sandy shores of the sea Ivan fell prisoner to, drinking margaritas and watching nature take its course. Aside her beach chair, a bell rang on its own.

“Irene, they are no longer your problem. You may rest without vexation.”

She smiled, ditching a straw to down the remains of her margarita with a few colossal gulps. Wiping her mouth clean, she gazed into the emptiness of the sea, relishing the nirvana. They say death liberates. But, what they don’t mention is this concept of immortality—the ideas of infinite worlds, rebirth, starting anew and leaving behind the poison. Paradise.

The entity continued, “Your paradise is ready.”

“Yes. Please do not worry.”

She rubbed one of her fists into her palm, alike someone using a mortar and pestle, at thought of all the times she fell victim to either Ivan or Dante treating her as the former.

“Even after their deaths, the remaining years I spent on World 3 were haunting. I’m still not fully over it, I guess.”

“You’re free of their torment. After seeing the dread in your eyes once I informed you of Ivan and Dante’s requests to share paradises, I knew right away.”

“How long may I stay in paradise?”

Irene shook her head. “Maybe a few dozen years. A century. Who knows? After giving those two plenty of time to chase me and each other, that is when I’ll move on.”

The deity snickered. “Very well. Is there anything else I can do for you while I’m present?”

For the second time in many years, Irene smiled. “Yes. Another margarita, please.”

This story was originally featured in Corvus Review. 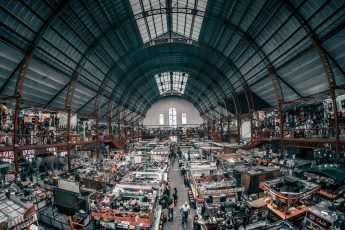 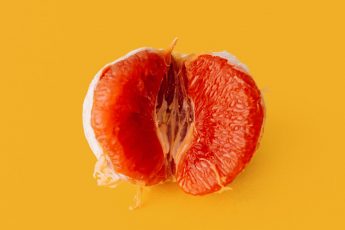