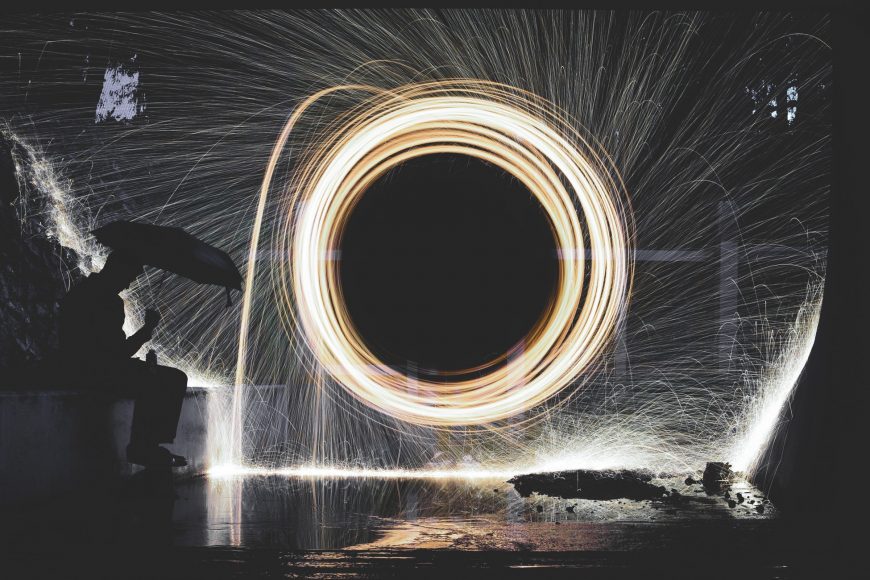 Many people live by the same routine: work, eat, sleep, possibly socialize with friends or engage in hobbies. For me and my partner, it was a little different. Spontaneity leveled our sanity. We deviated from the banal and filled many canvases with concoctions of emotions and colors.

We first met when our paths crossed on a warm summer night, outside a local bar consumed by revelry—and once again two weeks later—both instances fueling a muffle of words. I was drunk each time. Biweekly encounters became daily rendezvous. Before I knew it, we were partners. For years.

It wasn’t until our second year together when she voiced suspicion of my aberrant behavior. I was able to behold the trajectories of the human soul, but only when intoxicated. I’d say it’s genetic, but I didn’t notice my ability until my seventeenth birthday, when my foster brother treated me to my first beer. As the night aged, he shouted, “Now, behold the iridescent!” I understood perfectly.

The paths appeared as bold permeable twine, as if each person were tied by an intangible endless rope moments after birth. I saw up to about twenty to thirty feet of former and future exploration, my own as well. It wasn’t like I could trace back to a person’s dawning; or prophesize death, unless it was self-inflicted. At least that’s what my brother told me.

The color of a path represented mood. My partner and I often spun in vibrant green knots. We created joyous cerulean meadows, seas of canary yellow, relished in our harmonious dynamic. That’s all I needed, to drink and to be with her.

But one day everything changed, an unrestraint I feared most. I witnessed her covered in spurts of eminence and slate gray, sometimes different hues of red, mostly crimson. Those days were ominous; nothing I did helped. At times, I felt desiring a drink made it worse. Many nights I fared in a nebulous void—sleeping beside my partner—sinking into the red sea.

She asked me, “How do you know what I’m feeling?”

I shrugged, unable to respond. I knew, even after years of dating, I couldn’t convince her of my supernatural trait.

“You always know how to keep the party going, but you also immediately recognize when I’m upset or depressed, afraid, guilty…even before I realize it. How?”

“You knew something was wrong long before I had a chance to process my mother’s death. It seemed like you knew before I walked in the door. At first, I figured this somehow related to you never knowing your parents. Then I realized that was insensitive, so I tried rationalizing the idea of lover’s telepathy, among other silly things, and each time one factor left me perplexed.”

“The instant I felt marginally better, you stopped caring and poured yourself another glass of whiskey.”

I admitted the truth, and she left weeks later. She ranted that I epitomized an AI, babbled something about how I’m a personalized version of that emotional intelligence test everyone receives in their e-mail spam folder, bombarded me with insults and reiteration of her Myers-Briggs score. I assumed she was frightened, or perhaps I had been projecting, trepidation leaving my very eyes.

Since then, every night I found myself pinching an arm between my torso and the bathroom sink, a bottle of whiskey dangling from the fingertips of my other hand. Red stained eyes glared back at me in the mirror, and sketches of ebony streaks manifested around me as a smog of gloom. I wondered where I’m headed next.

This story was originally published in The Ginger Collect. 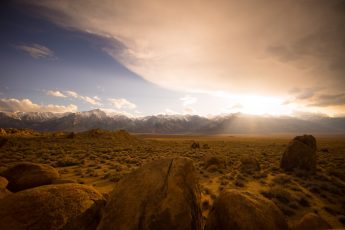 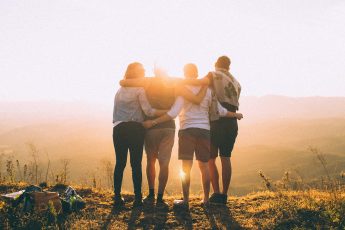