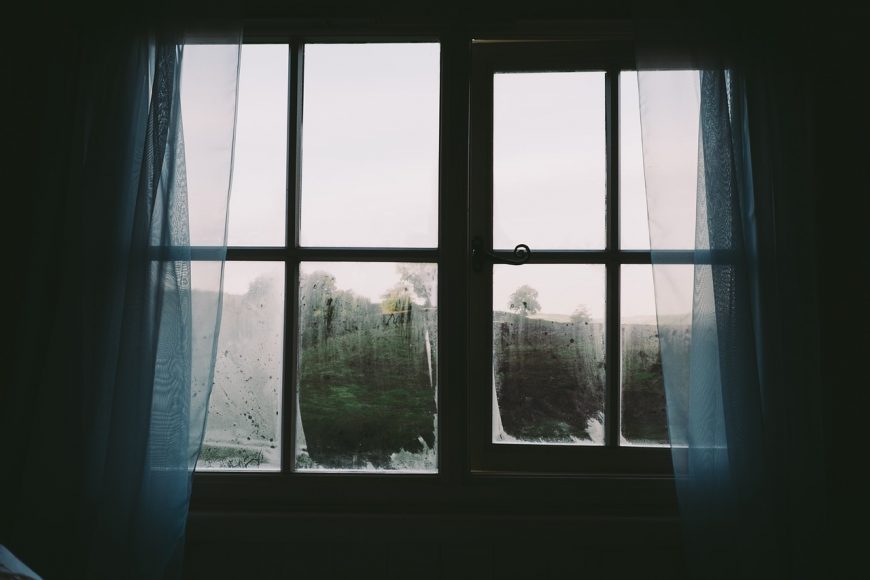 In our bedroom, darkness welcomed silence. I would stare out of the window into the neighborhood lights emanated by its street lamps, searching for comfort, until the blinds would storm shut. Maya would close them fiercely, creating the sound of a colossal zipper working to help hold up the pants of a giant. Or much like the corridors to heaven teasing every damned soul reaching for what little faith they found in the stars. Light. Dark. Open. Close. What do you want? Maya never knew, but at least she was finally home.

Some nights an invisible barrier intersected us, its influence vigorous. We acknowledged the division. It was always impressive—us never touching as we shared a full-size bed. Our cats pierced the veil between the two worlds, scaling cheap, linen sheets and the phantasmal remnants of interwoven limbs and euphoria. Their paws felt like damp stamps pressing against my nude chest. I’d roll my head to see Maya smile; the cats were cute, of course. Without them, we probably would’ve spent those nights facing away from each other.

I had woken up from a nightmare, nothing ghastly enough to induce sleep paralysis, just paranoia slowly working on me like a cancerous tumor. Thoughts of Maya’s moments away would wake me up from mocking dreams.

“Just breathe,” I whispered, glimpsing at a set of blurry, red numbers on my clock. It read: 3:00.

I turned, sighed, rolled on my sides, and sighed once more—any excuse to eye her phone—even briefly. But it was screen-side down onto mahogany wood, and I knew the persistent peons of her recent hometown shot their arrows into her virtual bull’s-eye. They’d always miss, she’d comfort.

She didn’t hear me, so I chased my premonition. I would turn into a damn psychic, conjuring an omen in another world and passing it to reality. I watched the cats surmount the bed, choosing either her or me, making realm travel seem more possible, opening up the portals to endless possibilities. If I truly were a clairvoyant, would I worry about this? I’d be awesome. But, Maya had already handpicked my fate. She had called me diffident, since the day we met. Not today.

“Who is it!” I shouted, the cats fleeing after planting their claws deep into the carpet, leaving behind shredded thread.

Maya grew squirmy, like her feline companions, arms and legs bent or extended in the most amorphous dispositions. She grabbed her phone without muttering a word. The brightness of its screened blinded me as she shoved it inches from my eyes.

“It’s just an e-mail!” She rose to sit, leveling her eyes with mine.

“A potential employer,” she said apathetically. That time she sighed, it sounded of mine. “It’s been a few nights since I’ve quit,” she spoke softly after dropping the phone between her legs, “I’m here for you, only you. You do not have to worry about me leaving again.”

We both recognized the impact of her leave. Her former job allowed her to travel and meet new people for months. I was proud of her. But, she left impulsively.

Maya shook her head. “I told you that you no longer have to worry about them. I already apologized. It was a one time thing.”

Like our separation blew the remains of prior problems away, like a hurricane swept the debris of an already ruined, developing nation into the sea. Love should never work that way. But to Maya, it did. Her leave collapsed on me so gravely I became the victim of an everlasting thunderstorm. Except the rain droplets were my tears and vomit, and the world was our bathroom sink, ruminations flowing down the drain quicker than any form of substance abuse could contain.

“It doesn’t feel right,” I muttered.

“It happens, that kind of thing. You know? That kind of thing happens to couples like us. Everyone does it, like at the bars we go to. It’s convention. Our people flourish from that type of unity. That kind of thing, it’s healthier than you think, all engrained in hedonism. It’s time to find a new bar, or even a new scene, something new to do in general. That way I can work on it.”

“You’re kind of justifying it,” I whispered. “Not everyone is like that.”

“You can’t even associate a word with your actions. That kind of thing, seriously? I think you mean: Your kind of thing.”

Maya turned her back towards me. She always did when we’d bicker back-and-forth. “Because there’s no word for it. New scene. Okay?”

I too turned, hearing enough to find peace, forgetting about Maya’s tirade and paying more attention to her assuring words of never leaving town again. So we can work on our issues.

Yet, her e-mail presented another job. She left three days after that night, abandoning not only me but also her cats, promising to see us in six months, to be together once again. She’d expect a nod. Compliance. Until she’d return, I’d never cross the veil, and our cats would no longer show signs of restlessness. They found comfort in what lingered in the emptiness of her side of the bed. Realm travel ceased to exist, and everything began to coalesce—a different sense of unity.

I guess I kind of am psychic, anything but diffident.

This story was originally published by STORGY Magazine.

By Delvon Mattingly
3
flash fictionliteraryshort fictionshort story
June, It’s Me
A Prophecy of No Winners 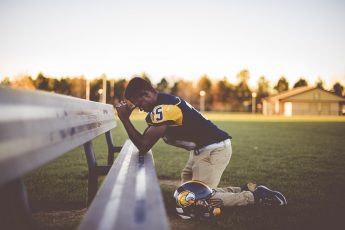